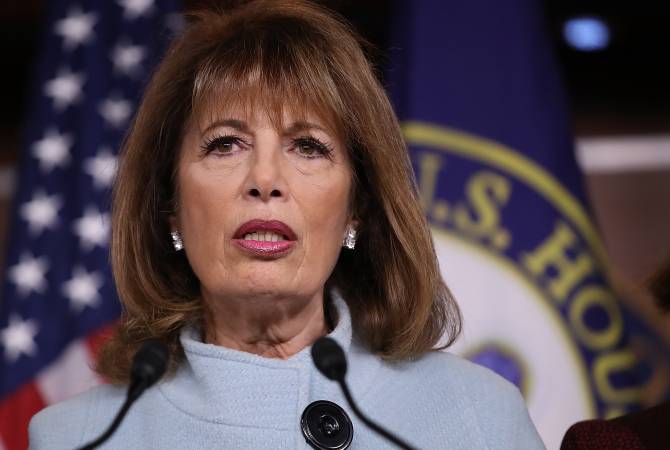 
YEREVAN, MAY 15, ARMENPRESS. United States Congresswoman Jackie Speier has called on Secretary of State Anthony Blinken to pressure Azerbaijan to pull back its troops from Armenian territory.

“Azerbaijan’s actions are an invasion of Armenian territory & threaten regional stability. I call on @SecBlinken to condemn Azerbaijan’s violation of Armenia’s sovereignty and pressure Azerbaijan to withdraw its forces immediately,” Speier tweeted.

On May 12, the Azeri military breached the Armenian state border in an attempt to seize territories in the Syunik and Gegharkunik provinces. As of May 15, the Azeri troops haven’t withdrawn, with negotiations ongoing. Armenia officially requested the CSTO to invoke Article 2 and launch immediate consultations over the threat to its sovereignty.