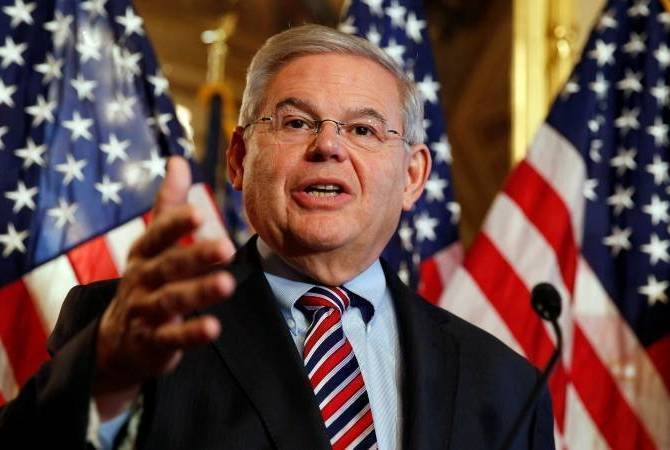 “The violation of Armenia’s sovereign territory by Azerbaijani troops is a dangerous and illegal act of aggression that underscores the sustained threat that the Armenian people continue to face. After my conversation with Armenia’s Ambassador to the U.S. earlier today, it is clear that the United States, and the international community as a whole, must respond strongly to this incursion so Azerbaijan understands it will face serious consequences for its malign activities.

When Azerbaijan attacked the Armenian people last fall, the previous Administration failed to engage and left the door open for dictators like Aliyev, Erdogan, and Putin to decide the fate of the Armenian people. That cannot happen again. I urge the Biden administration to engage on this issue at the highest levels to make clear that Azerbaijan must respect Armenia’s sovereignty and that further threats and aggressions are simply unacceptable”, the statement reads.