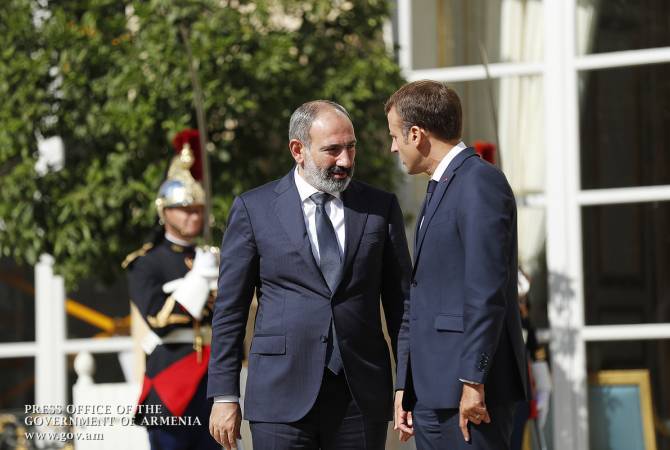 
YEREVAN, MAY 14, ARMENPRESS.  The Élysée Palace has issued a statement over the conversation between caretaker Prime Minister of Armenia Nikol Pashinyan and President of France Emmanuel Macron, saying that for the restoration of stability and security in the region, the situation can be solved through the UNSC.

ARMENPRESS reports, the Élysée Palace particularly emphasized, ''Emmanuel Macron reaffirmed France's committment to the territorial integrity of teh Republic of Armenia and emphasized the urgent necessity to withdraw the Azerbaijani armed forces from the soverign territory of Armenia’'.