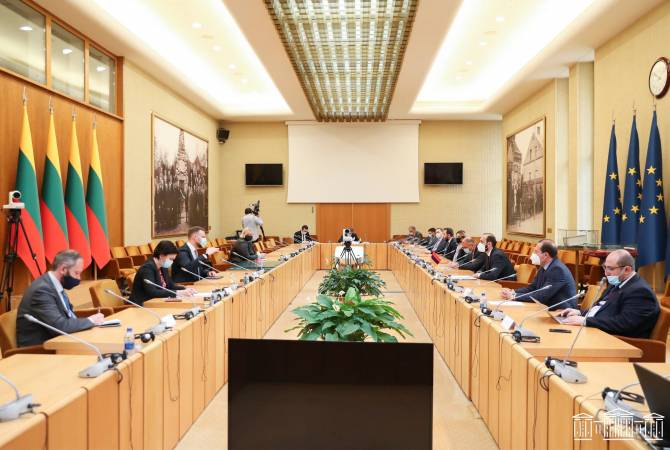 
YEREVAN, MAY 13, ARMENPRESS. Speaker of Parliament of Armenia Ararat Mirzoyan met with Lithuania's Foreign Minister Gabrielius Landsbergis during his official visit to Lithuania.

“In addition to the discussion of bilateral relations, I have informed the minister about yesterday’s border encroachment carried out by Azerbaijan, and in response Mr. Landsbergis expressed his deep concerns over the border situation and assured that the European Union will take practical steps on this matter”, Mirzoyan said on Facebook.