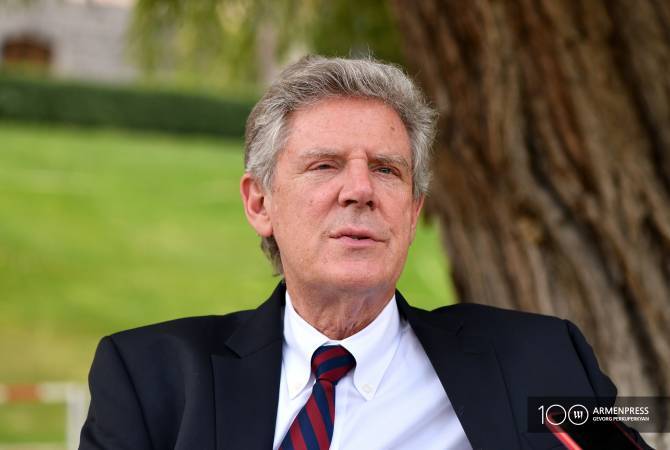 
YEREVAN, MAY 13, ARMENPRESS. Amid the Azeri incursion into Armenian territory in Syunik province, the United States Congressman Frank Pallone is calling on the American government to use its influence to make the Azeri forces withdraw.

“Azerbaijan has now invaded Armenia in clear violation of international law. The U.S. must condemn this attack in unequivocal terms and use its influence with allies to bring about the withdraw of Azeri forces from Armenian territory,” the Congressman tweeted.

In the morning of May 12, Azeri troops advanced on Syunik province, breaching the Armenian state border and advancing up to 3,5 kilometers in an attempt to seize Lake Sev.

PM Nikol Pashinyan said this was a planned provocation by Azerbaijan.

11:29, 05.19.2022
2904 views U.S. recognizes role of population of Nagorno-Karabakh in deciding its future–Ambassador Tracy’s interview to ARMENPRESS