Death toll in Israel’s strikes on Gaza rises to 35 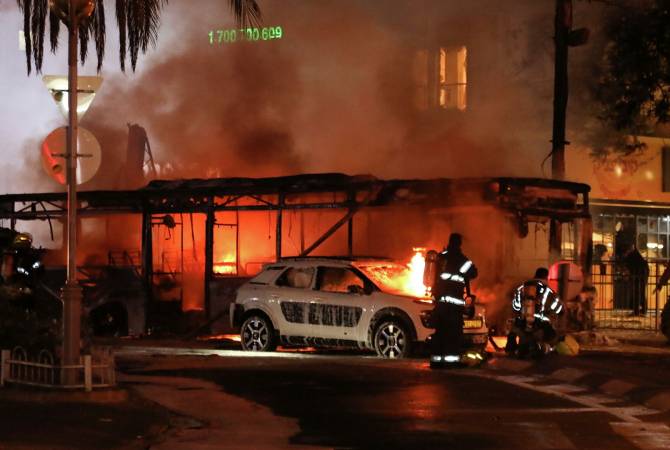 
YEREVAN, MAY 12, ARMENPRESS. The number of people killed by Israeli missile strikes in the Gaza Strip since Monday has risen to 35, TASS reports citing the Al Mamlaka TV channel.

According to the coastal enclave’s health ministry, Israeli strikes killed three Palestinians on Wednesday night. Earlier, 15 people were killed on Tuesday. The overall death toll since Monday stands at 35, including one woman and 12 children.

The number of injured Gaza residents has reached 233.

Israeli missiles struck the coastal enclave in response to rocket launches by Palestinian radicals. The Izz ad-Din al-Qassam Brigades (the military wing of the radical Hamas movement that controls the Gaza Strip) said it had launched over 200 rockets at Israel’s Tel Aviv and Beersheba late on Tuesday and early on Wednesday. Five Israelis are said to have been killed.

An exchange of missile strikes between Israel and Palestinian radicals from the Gaza Strip followed an outburst of unrest near the Al-Aqsa mosque in Jerusalem’s Old City in early May. More than 700 people have been hurt in riots in recent days. Clashes between the Palestinians and the Israeli police were triggered by an Israeli court ruling to seize dwelling houses in the Sheikh Jarrah neighborhood from Arab families who have been living there for more than 50 years in favor of Jewish resettlers who had reportedly owned these buildings before 1948. The houses allocated by Jordan as the custodian of Muslim holy sites in Jerusalem are located some 500 meters from Al-Aqsa.