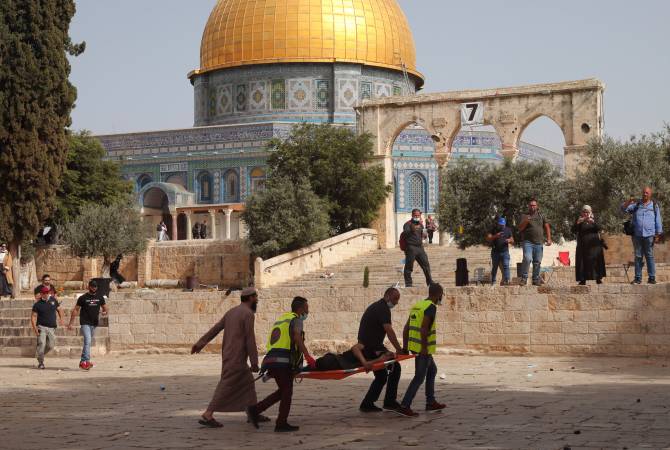 
YEREVAN, MAY 11, ARMENPRESS. Armenia’s foreign ministry has expressed its deepest concerns over the ongoing clashes in Jerusalem.

“We are deeply concerned about the ongoing clashes in Jerusalem. We call on all parties involved to exercise restraint in order to reduce tensions and prevent further civilian casualties”, the MFA said in a statement on social media.

Tensions in East Jerusalem started growing since mid-April. On May 7, clashes between the Israeli border police in Palestinians started near the Temple Mount and in Sheikh Jarrah district, where law enforcement officers perform eviction of several Arab families under the decision of the Israeli court, which accompanied by protest actions of the local population and fierce clashes, TASS reported.