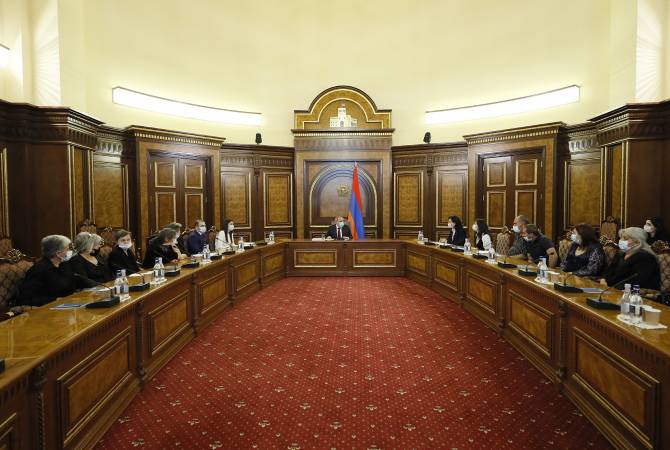 The first consulting conclusion made by a working group formed by the PM’s 2020 August 3 decision was presented during the meeting.

“We met several months ago and reached agreements. At that time the war and the developments well known to you took place, but the work has moved on, and we have the first summary. The first case which has been examined relates to the criminal case launched over the death of Tigran Ohanjanyan”, Pashinyan said.

Pashinyan asked Gohar Sargsyan, the legal successor of the victim, how she assesses the results of the examination. In response Mrs. Sargsyan said the death case of her son took place in 2007 and for 14 years she has been voicing her concerns about the causes of the death. She added that she agrees with the consulting conclusion and is ready to continue the cooperation over future steps.

The issue of starting the investigation of the next case was discussed during the meeting. The second case will be that relating to the death of Valerik Muradyan.

During the exchange of views caretaker PM Pashinyan listened to the notifications of the parents of servicemen and answered to their questions.