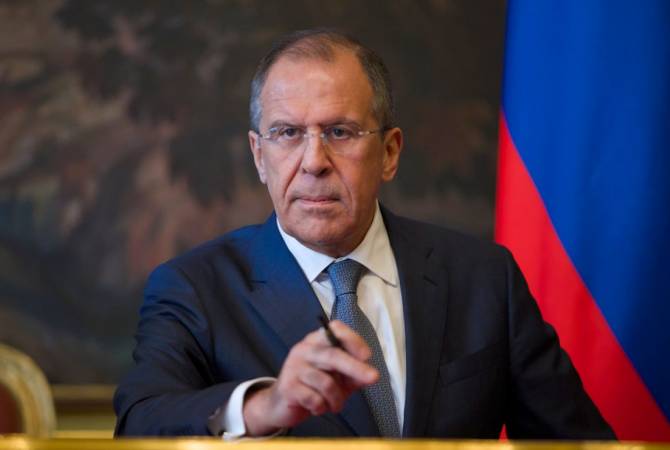 
YEREVAN, MAY 11, ARMENPRESS. The OSCE Minsk Group still remains demanded firstly in terms of promoting the cooperation on solving humanitarian problems and the measures aimed at creating trust between the parties, Russian foreign minister Sergei Lavrov said at a press conference in Baku, Azerbaijan, commenting on the settlement of the situation in Artsakh.

“The key to further settlement of the situation is to fully follow the agreements reached on November 9 last year and on January 11 this year between the leaders of Russia, Armenia and Azerbaijan. These agreements ensure all the necessary mechanisms contributing to the observance of the ceasefire, as well as aim at unblocking infrastructure which have long not enabled to reveal this geopolitically important region’s very serious transit and economic potential”, the Russian FM said, adding that the trilateral working group led by the deputy prime ministers of Russia, Armenia and Azerbaijan has a key contribution to the implementation of those agreements.

According to FM Lavrov, the unblocking of infrastructure will allow the South-Caucasian states to join together with their neighbors a common transportation space.

19:52, 06.24.2022
2487 views The Chinese Ambassador to Armenia attaches importance to cooperation with Shirak Province in various fields