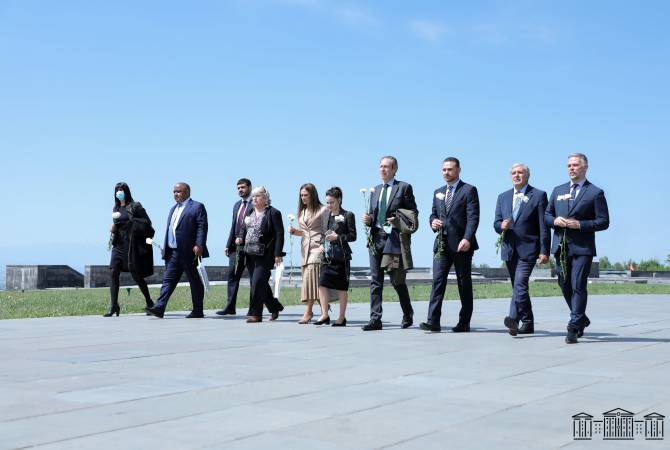 
YEREVAN, MAY 11, ARMENPRESS. The delegation of the Parliamentary Assembly of the International Organization of La Francophonie visited the Tsitsernakaberd Armenian Genocide Memorial in Yerevan during their visit to Armenia.

The delegates laid flowers at the Eternal Flame in honor of the victims of the genocide and then toured the Armenian Genocide Museum-Institute, the parliament's press service said.

21:29, 09.24.2021
Viewed 1876 times Today, no Armenian lives or practically could live in the territories under the control of Azerbaijan – Pashinyan