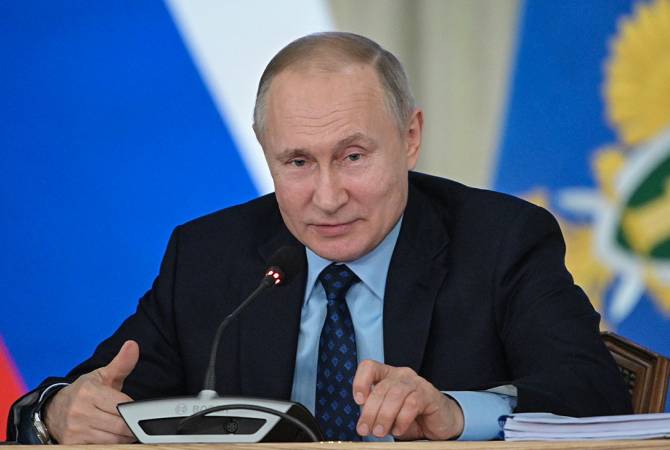 
YEREVAN, MAY 11, ARMENPRESS. Russian President Vladimir Putin submitted a bill to the State Duma on denouncing the Treaty on Open Skies, according to the lower house’s database, reports TASS.

“To denounce the Treaty on Open Skies signed in the city of Helsinki on March 24,1992”, the document said. An explanatory note says that the Treaty “contributed to significantly building trust in the military field”.

Russia’s Foreign Ministry announced on January 15 that Moscow had launched internal state procedures for exiting the Treaty on Open Skies. The Russian diplomatic agency explained the move by the absence of progress in removing obstacles for the Treaty’s continuation in new conditions after the US quit it in November 2020. The US Department of State stated in April that Washington had not decided yet on rejoining the Open Skies Treaty.

On May 5, the Russian government passed a resolution approving termination of the Treaty and referred this proposal to the president. On May 9, Putin appointed Deputy Foreign Minister Sergey Ryabkov as his official envoy to the Federal Assembly, or Russia’s national bicameral parliament, on issues of the denunciation of the Open Skies Treaty.