Pashinyan urges not to be afraid of state debt, says it’s an investment in country’s economy, future 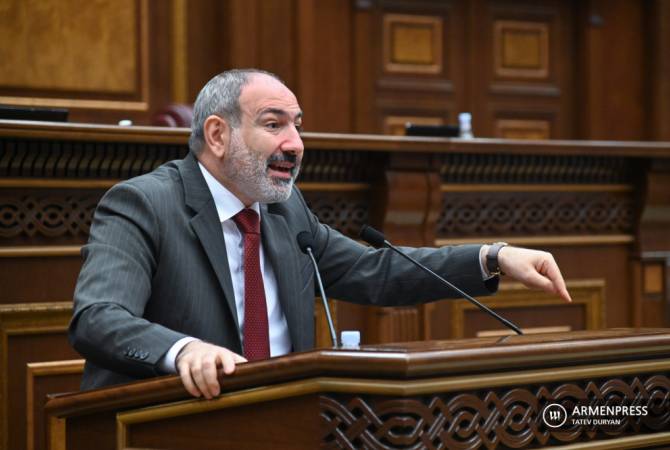 
YEREVAN, MAY 10, ARMENPRESS. Armenia’s caretaker Prime Minister Nikol Pashinyan urges not to be afraid of the state debt, adding that it is borrowed for investing in the country’s economy and future.

During a special session in the Parliament, Pashinyan noted that the whole world has faced the pandemic and it would be difficult to find any country which has not increased its foreign and state debt.

He proposed to look at the figures with which Armenia has entered into 2020. Pashinyan reminded that Armenia has announced for the first time of not taking budget support loan. He said the state debt-GDP figure has greatly declined in 2019, reaching 59%.

He noted that if there is a need for financial sources in the education sector, 1 billion, even 2 billion in debt should be borrowed for building kindergartens, preschools, and academic city in the country as, according to him, it is an investment in the future. “The price of that money is decreasing, you will have a capital tomorrow and will service that debt. I mean let’s not be afraid of the debt at all”, he said.