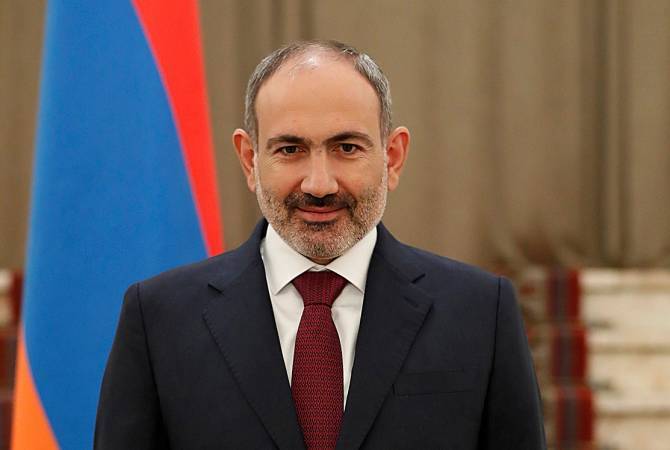 As ARMENPRESS was informed from the Office of the Prime Minister, the message runs as follows,

Congratulations on the 76th anniversary of the Victory in the Great Patriotic War. This is a great holiday that we are justifiably proud of. We have always celebrated it and we will continue to mark this day, since the Armenian people made a huge contribution to the fight against fascism in the 20th century.

All this makes us assert that together with other Soviet nations, the Armenian people played a decisive role in bringing about the Great Victory. We went a long way towards halting the destructive war and saving human civilization from the clutches of fascism.

Our military matured during the Great Patriotic War, reaching unprecedented heights and gaining high professionalism in warfare. In the years following the war, thousands of Armenians went to serve in the Soviet Army; many of them joined the top military brass. We are proud of them; we will always keep their memory alive.

Many of them survived the Soviet Union and formed the backbone of the Armed Forces of the Republic of Armenia and the Defense Army of the Artsakh Republic. They liberated Shushi by merging with the heroic spirit of the modern-day Hayduks. Strong with the fighting spirit and the unwavering determination of the Armenian people, they had a decisive say in the struggle for Artsakh’s freedom.

Unfortunately, Shushi is not with us today. We mourn its captivity, but realize that we must celebrate the Shushi Liberation Day. It is one of the glorious chapters in Armenia’s modern history. It has been of great importance for our people. Liberated Shushi was a bulwark to ensure the security of Artsakh. At the same time, it provided preconditions for state-building efforts in Artsakh, made irreversible the fight for the right of Artsakh-based Armenians to self-determination.

We remember all those who gave their lives for the liberation of Shushi the ancient Armenian city. We bow to the memory of our martyrs who perished in the wars unleashed against the Armenian people.

Eternal glory to them!