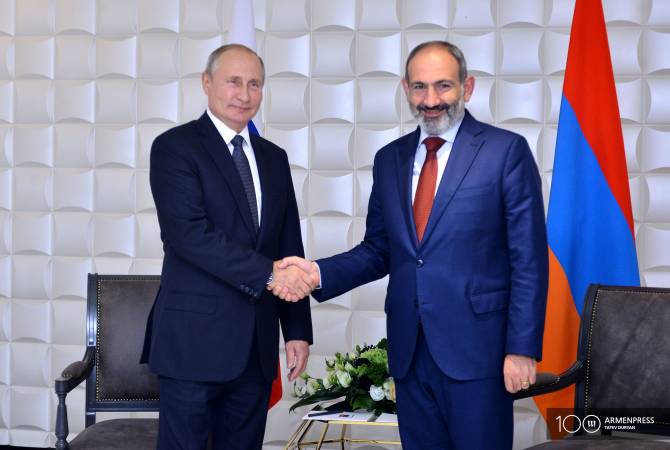 
YEREVAN, MAY 8, ARMENPRESS. Russian President Vladimir Putin has extended congratulations on the occasion of the 76th anniversary of victory in the Great Patriotic War to leaders and nations that formerly made up the Soviet Union, including Armenia’s caretaker Prime Minister Nikol Pashinyan and the Armenian citizens, the Kremlin press service reports.

In his congratulatory letters, the Russian leader said on the Victory Day they remember the heroism of their fathers and grandfathers with a special feeling of pride and gratitude.

“Today it’s our moral duty to carefully preserve and transform the memory about the incidents of those years to the future generations. We should jointly and decisively fight against any attempt of distorting and falsifying the history, revising the results of the Great Patriotic War and justifying the horrible acts of Nazis”, Putin said.

The Russian President expressed his sincere gratitude to the veterans of the Great Patriotic War, wishing good health, welfare and all the best.