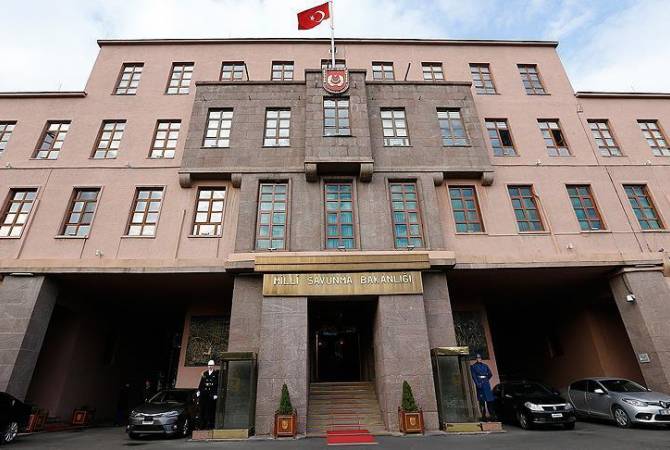 
YEREVAN, MAY 7, ARMENPRESS. The Turkish defense ministry used the word ''genocide'' on its Twitter page, responding to the adoption of the declaration recognizing the Armenian Genocide by the Latvian parliament, but a few minutes later deleted the note, ARMENPRESS reports the Greek City Times informs, publishing the screen shot of the Turkish defense ministry’s Twitter note.

''We reject and do not recognize the Latvian Parliament's decision on the genocide'', read the Twitter page of the Turkish defense ministry.

Latvia officially recognized and condemned the Armenian Genocide on May 6. 58 out of 100 members of the Saeima voted in favor of the resolution.