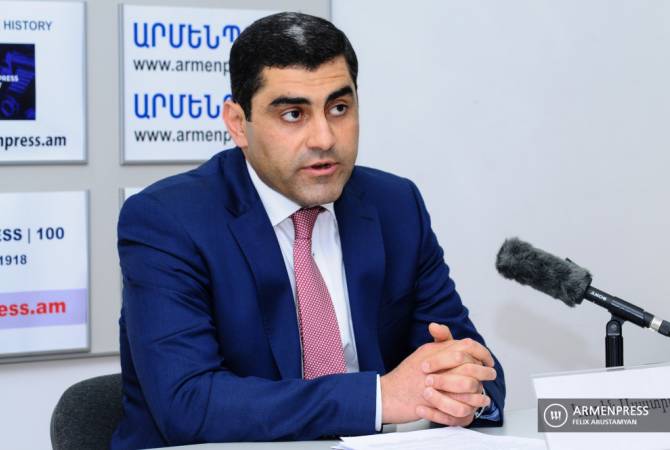 
YEREVAN, MAY 7, ARMENPRESS. The Armenian Government has outlined an action plan until 2040 under its strategy for developing the energy sector.

The program highlights the construction of high-capacity solar power stations.

“Armenia has big potential in this sector, and it is envisaged that in the next years we will have up to 1000MW photovoltaic stations,” Karen Asatryan, the Director of the Renewable Resources and Energy Efficiency Fund of the Ministry of Territorial Administration and Infrastructures said at a news conference. He said the total output of these stations will be up to 15% of the entire electric-energy production.

“It’s planned that concrete work will be done in the direction of wind energy as well. It’s planned that by 2040 we’ll have up to 500MW wind power plants of systemic significance. These stations will be based on the public-private partnership.”

The next important component of the strategy is the liberalization of the energy market, as a result of which Armenia will have a new level energy system. Anyone producing electric-energy will be enabled to sell it directly to consumers.

Asatryan says another direction is energy saving. “We can have up to 40% energy saving,” he said. “Each saved kilowatt costs cheaper than producing it. We are making efforts so that energy saving becomes a part of our everyday lives. Active work in this direction is done in public buildings, and soon apartment buildings will also be involved.”

Speaking about the ongoing construction of Masrik-1, a 55MW solar power plant  in Gegharkunik province, he said it will be completed in 2024. “The investor is a Spanish company.” he said.

“Now, works are underway in the direction of developing a construction project of 120MW solar power plants. We hope to have new tenders next year. Now, tender processes are underway regarding other solar power plants, like the construction of the Ayg-1 and Ayg-2, each 200MW capacity. The winners will be known in the next months. Those interested include Russian, Chinese and UAE companies.”

Asatryan noted that over the time the legislative framework has been improved and it allows regular citizens or companies to install solar power systems for their own use. 4600 stand-alone power systems were installed as a result. In one year, a 59% growth in solar power production was recorded, he said. Asatryan says they expect up to 600,000,000 dollar investments in the solar power sector by 2030, and up to 500,000,000 dollar investments in the wind power sector.