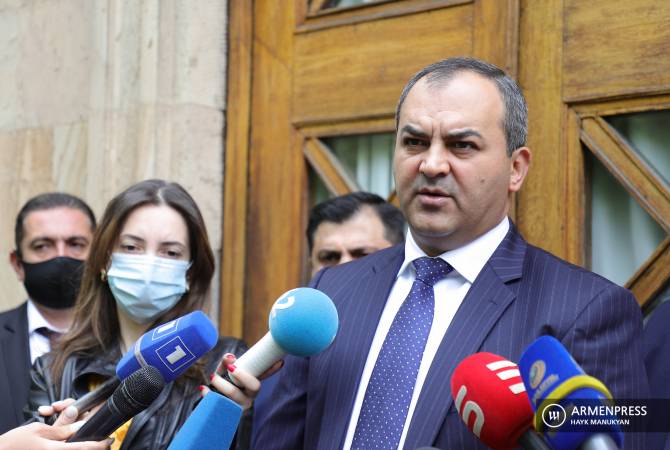 “The works on returning the prisoners of war are the most serious part of our daily activities. Russia’s Prosecutor General is also fully engaged in this process. By using this channel, there is an opportunity to both clarify the lists, and also transform the grounded information about the torture, killings of POWs, and thus, putting a clear legal demand together with our colleague that these incidents should be followed by legal processes”, Mr. Davtyan said.

He noted that all those facts are recorded by criminal cases, and his Office shares that respective proving information with the Russian partners.

Asked whether Azerbaijani officials have been declared wanted or not, Artur Davtyan said there are “numerous persecutions”, however, he refused to talk about it publicly.

Armenia has announced that he has returned all prisoners of war and other detained persons to Azerbaijan in accordance with the All For All principle. Azerbaijan, however, hasn’t still returned all Armenian POWs, thus violating point 8 of the 2020 November 9 statement signed by the leaders of Armenia, Russia and Azerbaijan. There is factual evidence on torture, ill treatment against the Armenian POWs in Azerbaijan. 19 cases of murder of Armenian POWs have already been confirmed.