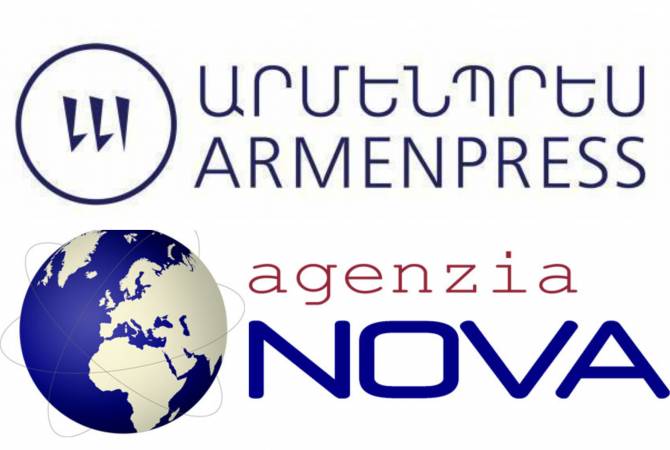 Ambassador of Armenia to Italy Tsovinar Hambardzumyan has had a great contribution to the establishment of new Armenian-Italian media bridges.

''The agreement signed between the news agencies of Armenia and Italy is a good opportunity for strengthening professional cooperation, as well as promote exchange of information. We think that the signing of the agreement will open a new page for partnership between the agencies'', Aram Ananyan said.

According to the  agreement, the sides have agreed to develop bilateral professional cooperation, aiming to strengthen the partnership between Armenia and Italy.

“Armenpress” is a member to 4 international media organizations. The agency presents Armenia in CIS Information Council, Black Sea Association of National News Agencies, Council of national news agencies of Southeastern Europe and the Balkan countries (observer) and News Agencies World Congress.  “Armenpress” chaired over the Black Sea Association of National News Agencies in 2014-2016, the sessions of which and the CIS Information Council were held in Yerevan in 2014.