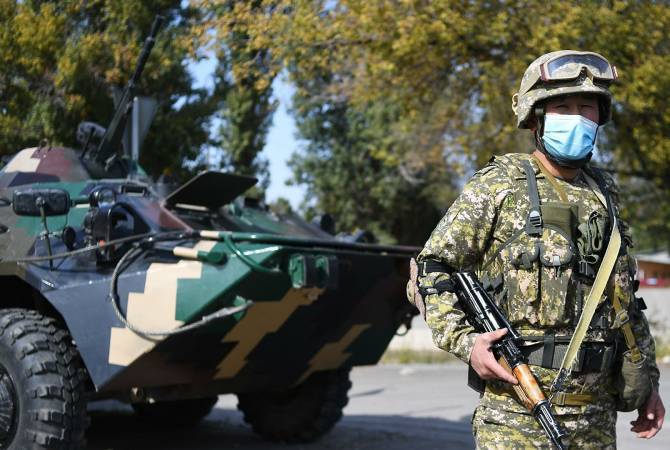 
YEREVAN, MAY 4, ARMENPRESS. The Collective Security Treaty Organization (CSTO) has applauded the ceasefire deal on the Kyrgyz-Tajik border and the pullout of military units and equipment, the CSTO said in a statement, reports TASS.

“The CSTO welcomes the agreements on establishing a ceasefire on the Kyrgyz-Tajik border, the withdrawal of additional military units with military equipment and the commitment by the sides to regulating contentious border issues via political and diplomatic means in the spirit of alliance and good neighborliness, which forms the basis of the organization’s activity”, the statement says.

The situation on the border between Tajikistan and Kyrgyzstan near the Golovnoy water intake facility escalated on April 28, after skirmishes had erupted between the residents of the two countries’ border areas. On April 29, clashes between Kyrgyz and Tajik servicemen broke out. Kyrgyzstan accused Tajikistan of using mortars, automatic weapons and Mi-24 military helicopters. On the evening of April 29, the parties agreed to a ceasefire and the pullout of troops, however, these hostilities continued periodically in certain locations until May 1.

17:07, 06.12.2021
Viewed 1315 times Armenian Defense Ministry comments on information about deployment of Turkish forces in the area of Black Lake