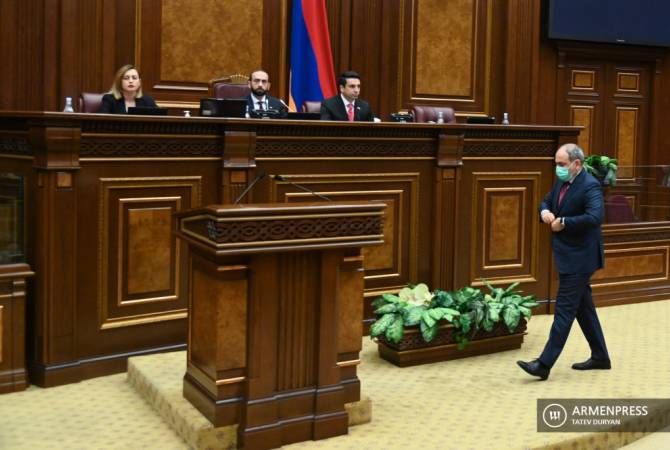 
YEREVAN, MAY 3, ARMENPRESS. Parliament voted down caretaker Prime Minister Nikol Pashinyan in the first round of vote in order to trigger early elections.

Pashinyan, the only candidate in the voting nominated by the ruling My Step bloc – received 1 vote in favor, 3 against and 75 voted present.

Earlier the ruling bloc said they’d all vote present as agreed before.

The Prosperous Armenia BHK opposition party boycotted the special session and the voting.

Prime Minister Nikol Pashinyan resigned on April 25 to trigger the snap election of parliament. The entire Cabinet also resigned. Holding early elections requires the dissolution of parliament, which in turn can happen when the legislature twice fails to elect a prime minister after the incumbent steps down. Pashinyan said during his resignation that his bloc will formally nominate and subsequently vote him down during both votings in order to maintain the technical requirements to disband the legislature.