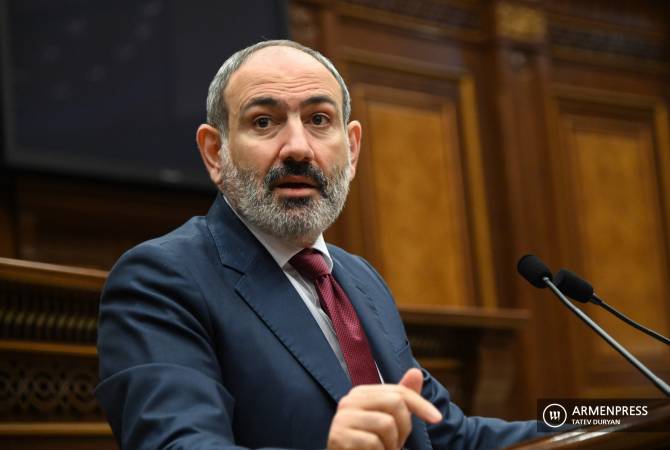 
YEREVAN, MAY 3, ARMENPRESS. During today’s special session in the Parliament, convened for electing a prime minister, caretaker Prime Minister and candidate for PM Nikol Pashinyan has stated that the negotiation content of the Nagorno Karabakh conflict settlement has changed in autumn 2015 and winter 2016, which was followed by the April War.

“The idea is always pushed forward that I knew if the negotiator changes, the negotiation logic will also change. Years will pass, the content of documents will be opened, and we will find out that the negotiation content has changed in autumn 2015, winter 2016. After that spring of 2016 has arrived and it was April 2. That negotiation content has changed at that time, and there are documents proving it. There are protocols of negotiations, which I have worked with after assuming the office of the prime minister in 2018”, he said, in response to the question of independent lawmaker Tigran Urikhanyan.

On April 25 Nikol Pashinyan resigned from the post of the PM aimed at triggering snap parliamentary elections.