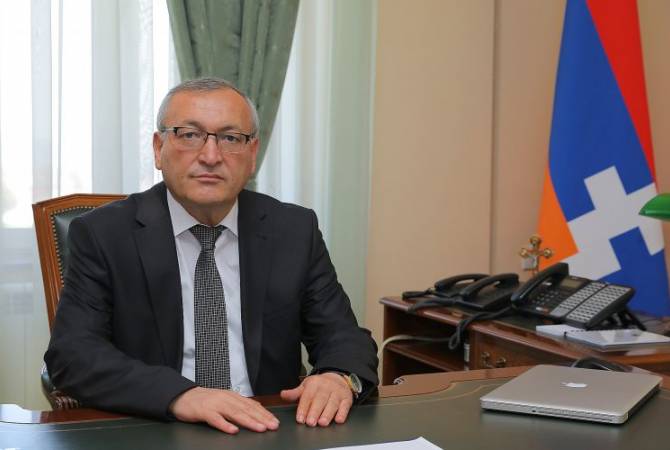 
STEPANAKERT,MAY3,ARMENPRESS.Speaker of Parliament of Artsakh Artur Tovmasyan released a statement in response to the false news made by the head of the Azerbaijan Institute for Democracy and Human Rights Ahmad Shahidov, who claimed that “Stepanakert will be transferred under Azeri control from June.”

The Speaker noted that the terms of the 2020 November 10 “ill-starred” agreement don’t include the transfer of Stepanakert under Azeri control.

“Today, the guarantor of security of the people of Artsakh is the Army of Artsakh and the Russian peacekeeping forces.

Artsakh cannot be part of Azerbaijan under any jurisdiction.

We are sure that under the auspices of the OSCE Minsk Group we will restore Artsakh’s liberty and independence within the borders of the former NKAO. The OSCE Minsk Group Co-Chair country leaders also realize that parallel to ensuring security, the issue of Artsakh’s status is also urgent for the people of Artsakh,” he said, warning that without security or a clear status Artsakh will lose its Armenian population.

“We are hopeful that we are a part of the civilized world and as an independent state we are ready to sign mutually-beneficial cooperation treaties not only with regional countries but also with peace-loving countries.  The alternative to the peaceful negotiations process is war. We propose a dignified peace agenda,” Tovmasyan said.