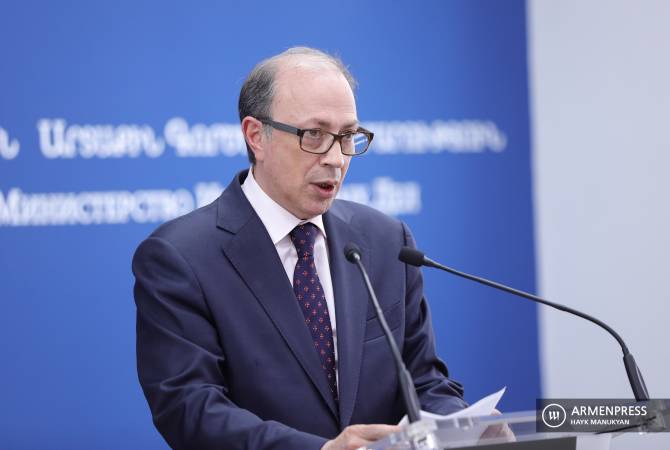 
YEREVAN, APRIL 26, ARMENPRESS. Caretaker Foreign Minister Ara Aivazian says the recognition and condemnation of the Armenian Genocide is important not only in terms of truth and historic justice, but also the Armenian nation’s physical security.

“The first April 24th after the war had a clear and special international resonance,” Aivazian told ARMENPRESS when asked about the significance of US President Joe Biden’s recognition of the Armenian Genocide in terms of broader international recognition.

“This year, that day was signified with a very strong support by the international community to the Armenian people. High-level delegations arrived to Armenia despite the pandemic-related restrictions. Addresses were made from numerous of our international partners, including on the highest level. The recognition and condemnation of the Armenian Genocide is important not only in terms of truth and historical justice but also the Armenian nation’s physical security,” Aivazian said.

Aivazian said he fully agrees with US President Biden’s emphasis that the global community must take actions to prevent atrocities like the Armenian genocide from ever happening again. “Armenia is a pioneer is advancing international agenda in genocide prevention and condemnation, and in this regard President Biden’s address is a very big contribution,” Aivazian said.

21:29, 09.24.2021
Viewed 1874 times Today, no Armenian lives or practically could live in the territories under the control of Azerbaijan – Pashinyan