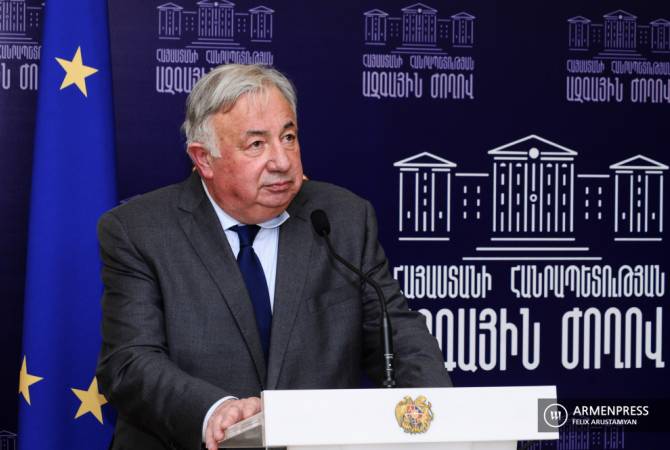 
YEREVAN, APRIL 24, ARMENPRESS. The President of the Senate of France Gerard Larcher says he sees a need for conveying new momentum to the OSCE Minsk Group Co-Chairmanship. He made the remark during a joint press conference with Speaker of Parliament Ararat Mirzoyan when asked by a reporter on what steps France – as an OSCE Minsk Group Co-Chair- is taking for the peaceful resolution of the Artsakh issue.

“There is a need to convey new momentum to the OSCE Minsk Group Co-Chairmanship,” he said.

Larcher noted that France will assume the presidency of the Council of the European Union in the first quarter of 2022. “It is noteworthy that for that time we are planning to organize a security and defense conference at the Senate and a conference which is being prepared from now.”