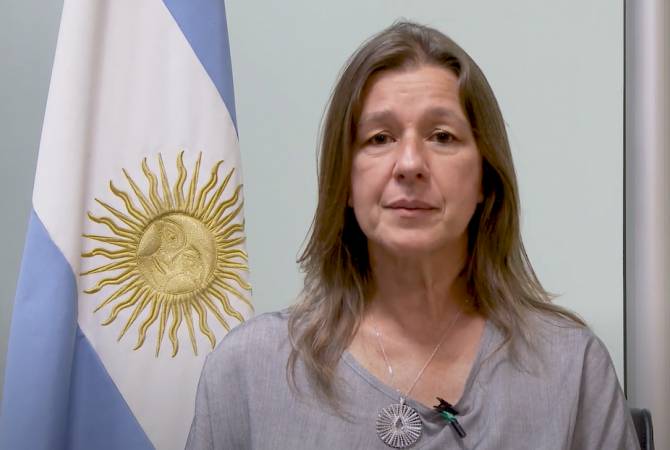 
YEREVAN, APRIL 24, ARMENPRESS. Minister of Security of Argentina Sabina Frederic has addressed a message on the 106th anniversary of the Armenian Genocide.

“Today marks the anniversary of the Armenian Genocide. 106 years ago thousands of Armenians have been killed as a result of condemnable events. I want to express my solidarity to the Armenian community of Argentina, to them as a representative of our state, and express our wish to keep alive the memory of all victims of this Genocide”, the minister said in a video statement for ARMENPRESS.

April 24 marks the 106th anniversary of the Armenian Genocide.