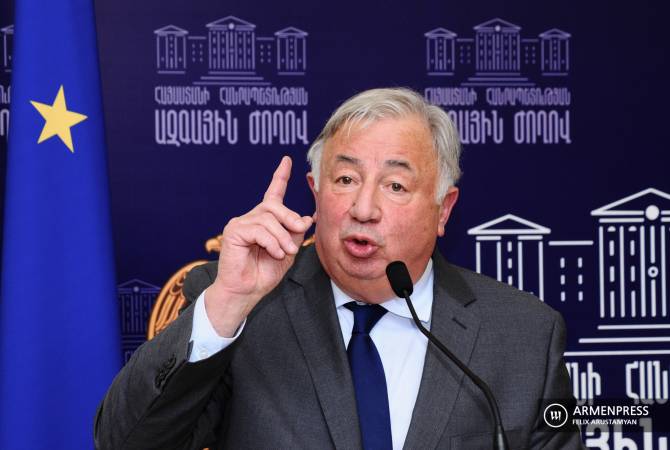 
YEREVAN, APRIL 24, ARMENPRESS. The President of the Senate of France Gerard Larcher emphasized that Azerbaijan must immediately return the Armenian prisoners of war.

“This visit of ours is the continuation of the resolution which was adopted in parliament in November with rather overwhelming majority, only 1 vote against. This is a unique thing, each of us would dream for such votes to happen more frequently,” he said in a joint statement with Speaker of Parliament Ararat Mirzoyan, referring to the resolution of the French parliament which called on the government to recognize the independence of Nagorno Karabakh. Larcher said that at the same time the resolution mentions that the recognition would become a tool for reaching lasting and stable peace through peace talks.

“Let’s be clear, Azerbaijan must immediately release all prisoners of war in accordance to the signed agreement and all international treaties,” Larcher said.