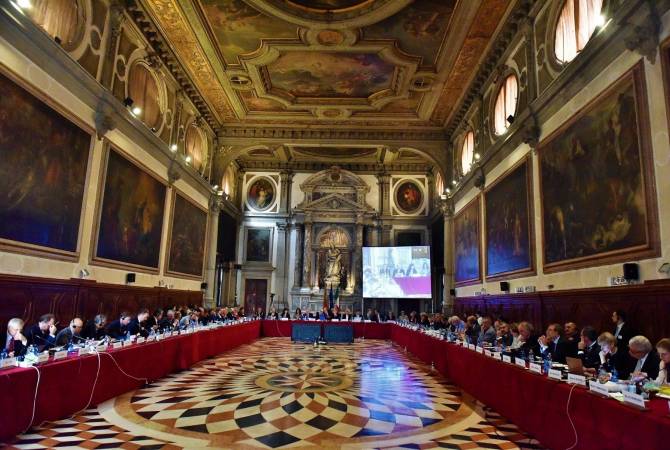 
YEREVAN, APRIL 22, ARMENPRESS. The Venice Commission and the OSCE/ODIHR have published an opinion on the amendments of the Electoral Code of Armenia. ARMENPRESS reports it has been published in the official website of the Commission.

The Venice Commission and the OSCE/ODIHR noted with satisfaction that consultations among the political stakeholders and non-governmental organisations were broad and took place within an adequate timeframe in order to ensure that amendments of such fundamental texts receive the widest possible support amongst different political forces, civil society and expert community.

The Venice Commission and the ODIHR have taken note that these amendments are supposed to be applied to the forthcoming early parliamentary elections, which are tentatively scheduled for 20 June 2021. Any legislative change taking place so close before an election should be in principle avoided as it leads to uncertainty. Additionally, the public and all stakeholders have to adapt to new rules in a tight time frame. The abolishment of the territorial candidates lists does not alter the electoral system proper, but it does appear to formally change the way votes are turned into mandates in terms of geographical representation. However, the simplification of the proportional electoral system appears to enjoy a broad support by most of the political forces and the civil society. The changes have been discussed and prepared for a long time following an inclusive and transparent political process. In addition, although the next parliamentary elections would take place in less than three months, in purely technical terms the new system does not seem to have a major impact either on the capacity of the electoral administration to organise such elections, or on the understanding of the procedures by the voters.

''The package of amendments is to be broadly welcomed as it addresses the majority of recommendations raised in previous Venice Commission and ODIHR opinions'', reads the document.