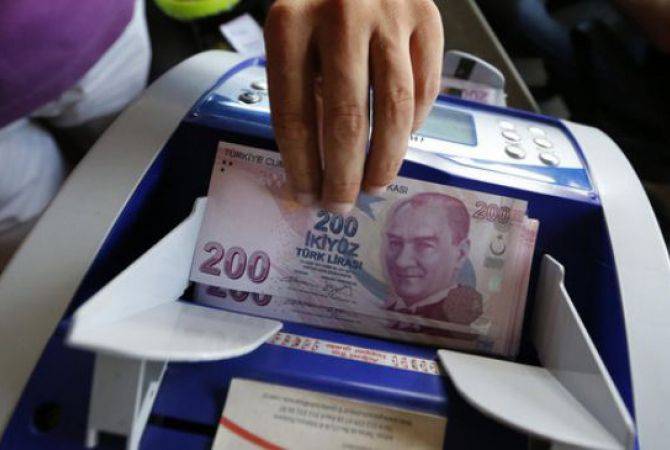 
YEREVAN, APRIL 22, ARMENPRESS. The Turkish lira dropped 2,2% against the dollar on April 22, following reports that US President Joe Biden is preparing to formally recognize the Armenian Genocide on April 24, the Armenian Genocide Remembrance Day, a move believed to further worsen the ties between the NATO allies. Ahval News reported that the lira fell by as much as 2.2 percent against the dollar on Thursday and it was trading down 1.7 percent at 8.31 per dollar at 10:43 a.m. local time in Istanbul.

The Turkish-American ties worsened over the recent years after Turkey purchased S-400 missile systems from Russia and launched a military operation against Kurds fighting alongside American troops against Islamic State (ISIS).

The lira also declined after reports that the United States officially notified Turkey of its exclusion from a programme to develop and acquire the F-35 stealth fighter jet.

The lira dropped 28% since the start of last year as “investors fretted over unorthodox economic policies followed by the government and central bank.”