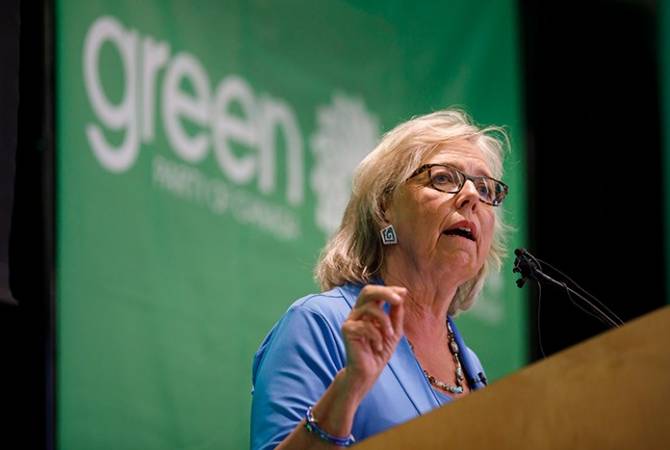 
YEREVAN, APRIL 22, ARMENPRESS. MP Elizabeth May from the Green Party of Canada, in her letter addressed to Hon. Marc Garneau, Foreign Minister of Canada, expressed her concern about the Armenian Prisoners of War who are still in Azerbaijani custody and called on Canada to support the Human Rights Watch recommendations and stand in solidarity with Armenian POWs, the Armenian Embassy in Canada reports.

“I am writing to express my concern for Armenian prisoners of war held by Azerbaijan during and following the 2020 Nagorno Karabakh conflict. According to the report recently published by Human Rights Watch, Azerbaijani forces have subjected Armenian POWs to “cruel and degrading treatment and torture, either when they were captured, during their transfer, or while in custody in detention facilities”. The abuse and torture is abhorrent and it is a war crime”, the MP said in her letter.

She called on the Canadian authorities to support the Human Rights Watch recommendations and stand in solidarity with Armenian POWs.