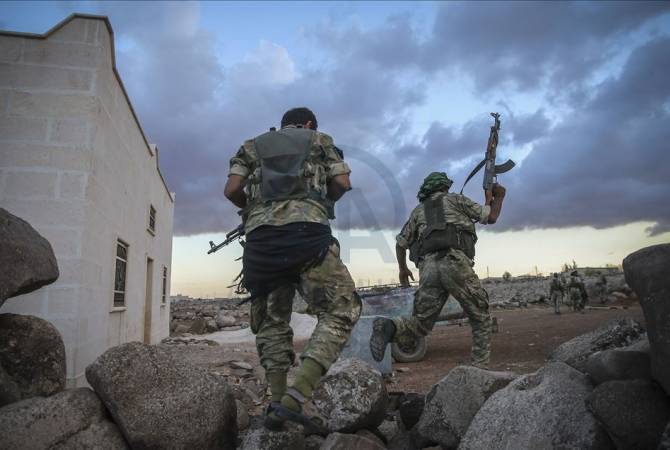 
YEREVAN, APRIL 9, ARMENPRESS. The militants of ''Suleyman Shah'' pro-Turkish terrorist group that fought against Artsakh in 2020 from the Azerbaijani side organized a protest in Afrin, demanding their salary which they have been waiting for a few months.

ARMENPRESS reports, citing ANFnews, they blame for that their commander Abu Hamsha, who, according to the militants, usurped the money received from their Turkish sponsors. The militants shared the video of their protest in a Telegram channel.

‘’We went to Nagorno Karabakh together with the Turkish state. We have victims. Commander of the brigade Abu Hamsha took our money and the money of the families of the victims. We even have no money for food. We don’t accept this’’, one of the militants said.

Numerous countries, including Russia, USA and France have confirmed that Turkey had deployed terrorist-mercenaries to Azerbaijan to fight against Armenians. The Armenian side arrested two terrorists during the war.