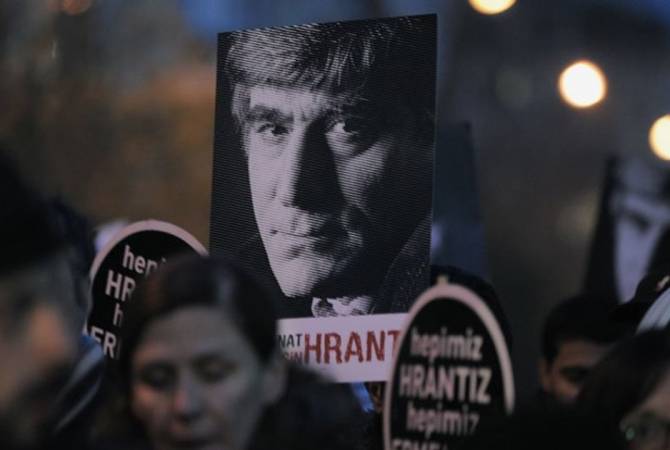 
ISTANBUL, MARCH 26, ARMENPRESS. An Istanbul court sentenced two former police chiefs on March 26 to aggravated life imprisonment for their roles in covering up the murder of Hrant Dink, the Turkish-Armenian journalist who was shot dead 14 years ago, Turkish media reported.  4 other former security officers were also given life sentences.

A total of 27 people were convicted on charges of accessory to murder, membership to a terrorist group and falsification of documents. 33 others were acquitted.

Hrant Dink, the editor of the bilingual Turkish-Armenian Agos newspaper, was shot dead outside his office in Istanbul in January 2007.

The case was re-opened later and new suspects were involved.

The March 26 verdict sentenced Istanbul's former police intelligence chief Ramazan Akyurek and his deputy Ali Fuat Yilmazer to life imprisonment. Reuters cited state media as saying that the “court ruled that the murder was carried out in line with the goals of a clandestine network linked to U.S.-based Fethullah Gulen”, the US-based preacher who is wanted by Turkey for orchestrating the 2016 coup attempt, something he denies.

13 of the defendants, including Gulen himself, are fugitives. The court did not issue a verdict for them and separated their cases.

“The decision does not concretely expose who gave the order to kill. This decision consists of serious mistakes and does not bring to light Dink's murder with all of its aspects,” they said, adding that they will take the decision to the appeals court, according to Duvar.