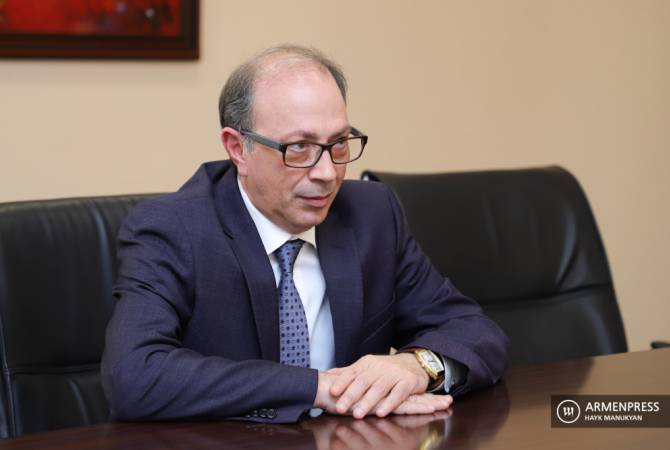 
YEREVAN, MARCH 23, ARMENPRESS. Another article authored by Faustine Vincent, who was in Armenia on a working visit, was published by Le Monde on March 19. ARMENPRESS reports Faustine Vincent took interviews from Foreign Minister of Armenia Ara Ayvazian, Director at Regional Studies Center Richard Giragosian, as well as the citizens of Armenia.

The reporter refers to the November 9 declaration and the deployment of the Russian peacekeepers in Nagorno Karabakh for a term of 5 years. It’s mentioned that Russian servicemen have been deployed also in the South-eastern part of Armenia, in Syunik region.

‘’Those who have been deployed in the territory of Armenia, Syunik, are not part of the peacekeeping unit. They play a role of mediators to prevent tensions between the residents of Armenia’s bordering villages and Azerbaijani servicemen’’, the Armenian FM clarified.

Faustine Vincent also refers to the February 22 announcement of the Armenian Defense Minister Vagharshak Harutyunyan, according to which Armenia is interested in the expansion of the Russian military base in Gyumri, north-west of the country, and that Russia will assist Armenia in reforming the army.

''Considering the experience in Karabakh, we need to radically review and optimize our capabilities and number of forces. The efforts will be aimed at developing reconnaissance, air defense systems, drones, missiles and artillery'', he had said.

Foreign Minister Ara Ayvazian noted that it's necessary to focus on the negative role of Turkey in the region, expressing regret for the fact that despite it's very obvious, the whole world turns a blind eye on that fact. As refers to the role of Russia, Ara Ayvazian emphasized that Russia is Armenia's traditional ally and it's than to Russia that Armenia was able to avoid a disaster and today it's due to Russia that it's possible to ovoid new tensions.