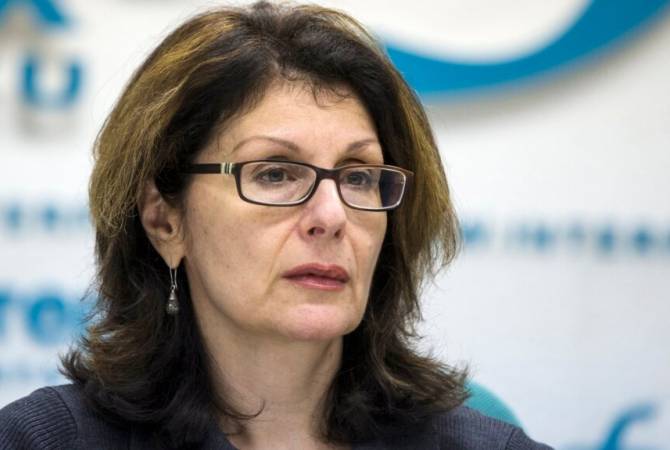 ARMENPRESS: During the 2020 Nagorno Karabakh War many videos posted on private Telegram accounts and groups showed Azerbaijani military servicemen humiliating, executing and committing other acts of inhumane treatment against numerous Armenian prisoners of war, including both servicemen and civilians. This is a clear violation of the third Geneva Convention which states that “prisoners of war must at all times be humanely treated … In particular, no prisoner of war may be subjected to physical mutilation … Likewise, prisoners of war must at all times be protected, particularly against acts of violence or intimidation and against insults and public curiosity. Measures of reprisal against prisoners of war are prohibited.” In your opinion, how should the international community and human rights organizations react to this kind of conduct of the Azerbaijani military?

Rachel Denber: Human Rights Watch documented cases in which Azerbaijani forces subjected POWs to cruel and degrading treatment and torture-- either when they were captured, during their transfer, or while in custody at various detention facilities. We also documented cases when they abused civilians. These are serious violations of the Geneva Conventions that rise to the level of a war crime. Azerbaijan’s international partners should press the government to hold the perpetrators accountable. They should regularly request information and updates on investigations and trials. This should be done in the framework of bilateral relations with Azerbaijan and also in multilateral fora, including the UN, the Council of Europe and the OSCE.

ARMENPRESS:  The government of Azerbaijan continues violating the 2020 November 9 ceasefire terms regarding the exchange of PoWs and other detainees. The President of Azerbaijan Ilham Aliyev falsely stated that they have returned all PoWs and claimed that the remaining Armenians in their custody are not classified as such. The Azeri government went on to initiate fabricated criminal charges against them. Meanwhile, Armenia has returned all Azerbaijani captives pursuant to the “all for all” principle enshrined in the November 9 ceasefire. How do you assess such behavior by Azerbaijan?

Rachel Denber: Human Rights Watch is not in a position to verify the claims by Azerbaijan or Armenia about the numbers of people remaining in custody or their status. Regardless of these individuals’ status in custody, Azerbaijan still has obligations to protect their rights to decent conditions in custody, and to ensure that they are not subjected to torture or other forms of cruel, inhuman, and degrading treatment.