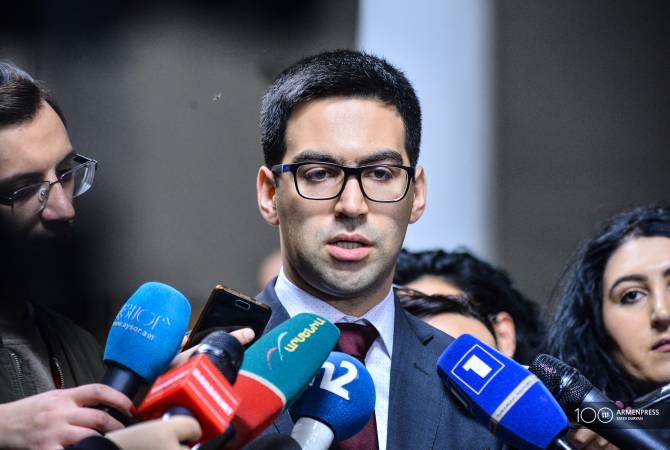 
YEREVAN, MARCH 22, ARMENPRESS. Justice Minister Rustam Badasyan says he believes that in the event of a consensus between political forces and the society, and if amendments to the Electoral Code would happen as quickly as possible, then there won’t be any obstacles for the early elections expected on June 20th to be held in a “clean” proportional system.

“We will express our stance,” he said when asked by reporters on the government’s stance over the matter. “But I think that for a long time the position among political forces, the civil society, or the majority of our public, in my opinion is that the preferential voting system isn’t the most convenient one for Armenia,” Badasyan said, adding that the ranked-voting system was considered to be a “concealed” majoritarian one for many years. He spoke in favor of a “clean” proportional system, noting that it is more political and is contributing to the establishment of political debates.

Badasyan reminded that parliament introduced into circulation a new electoral code, which has been submitted to the Venice Commission.

He said he believes a solution will take place soon.

Speaking about a consensus among political forces and the society, he said: “I think, in the event of the amendments taking place as quickly as possible, there won’t be any obstacle for the June 20 early elections to be held under a clean proportional system, with party lists.”