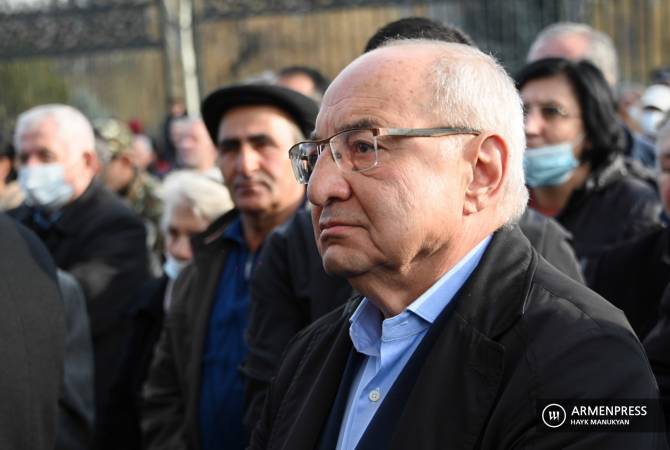 
YEREVAN, MARCH 6, ARMENPRESS. The joint candidate of the Fatherland Salvation Movement Vazgen Manukyan said during the demonstration at Baghramyan Street that they will patiently move forward their struggle, demanding the resignation of the PM.

Vazgen Manukyan emphasized that it's necessary to organize elections, so as the people could make a choice, but that should be done not under the current authorities. He once again reminded their plan, according to which the Prime Minister steps down, after which an interim government is formed, the situation in the country stabilizes and elections are held.