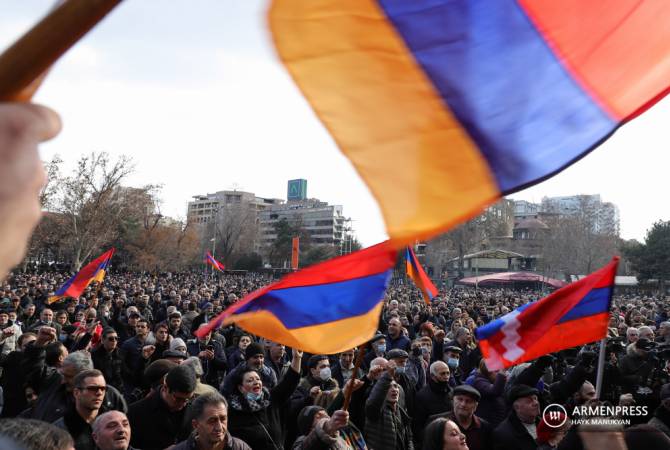 
YEREVAN, MARCH 3, ARMENPRESS. Freedom House presented its Freedom in the World 2021 Democracy Under Siege report, where Armenia is ranked 55th in 100. Last year, Armenia’s ranking was 53.

“The use of military force by authoritarian states, another symptom of the global decay of democratic norms, was on display in Nagorno-Karabakh last year. New fighting erupted in September when the Azerbaijani regime, with decisive support from Turkey, launched an offensive to settle a territorial dispute that years of diplomacy with Armenia had failed to resolve,” the report said.

The report states that the 2020 Nagorno Karabakh War had a “spillover” effect for democracy.

“In addition to strengthening the rule of Azerbaijan’s authoritarian president, Ilham Aliyev, the conflict threatens to destabilize the government in Armenia. A rare bright spot in a region replete with deeply entrenched authoritarian leaders, Armenia has experienced tentative gains in freedom since mass antigovernment protests erupted in 2018 and citizens voted in a more reform-minded government,” it said.

Noting the post-armistice disturbances in Yerevan, where the parliament speaker was attacked and the government building was stormed, the report noted that “such disorder threatens the country’s hard-won progress.”