We move to stability and security with confident steps – PM Pashinyan 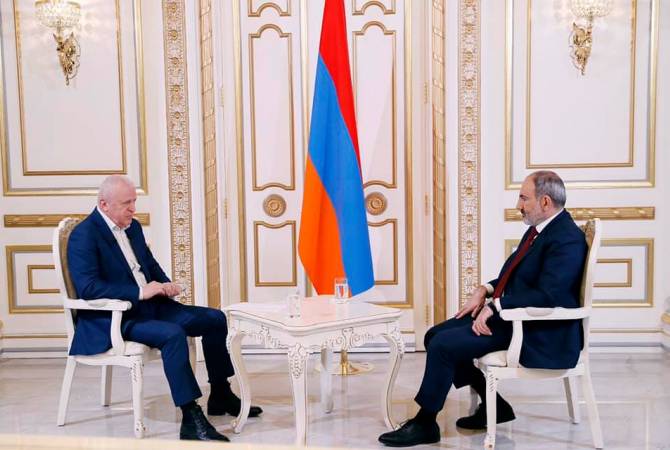 
YEREVAN, FEBRUARY 23, ARMENPRESS. The Government of Armenia is pursuing its domestic and external security and stability agenda with confident steps, ARMENPRESS reports Prime Minister of Armenia Nikol Pashinyan said in an interview with Nver Mnatsakanyan, broadcasted on 1in.am, answering the question if Armenia's urgent issue is domestic or external.

''In fact, we are in the stage of elimination of the consequences of the war. Of course, there are consequences that cannot be eliminated, I mean our fallen brothers, marthyrs, who unfortunately can never return. In general, today we have both domestic and external challenges. And to my assessment, both the domestic and external challenges are related with the security atmosphere. This was the reason why immediately after the end of the war I set an agenda of ensuring security and stability atmosphere in and around Armenia as a priority issue. We cannot say that the task has been solved fully, but we seem to pursue that direction with confident steps'', the PM said.

To the question if PM Pashinyan is speaking about a new security system, given the fact that the previous one was defeated, Nikol Pashinyan said that like in the past, Armenia is in the same security system, the Collective Security Treaty Organization (CSTO). ‘’I have had the opportunity to say in the past that we had some misunderstanding of the CSTO’s obligations towards us, at least at the public level. For example, many people say why the CSTO did not intervene militarily in Karabakh war.  The answer is simple, because CSTO’s obligations refer to the international recognized borders of Armenia. In fact, it has no obligations beyond those borders. And of course, we had some security concerns inside the borders of Armenia, and in this case the mechanisms of the CSTO played some role. And that should be confessed.

As refers to our regional security system, we must start reforming our army’’, PM Pashinyan said, adding that Armenia has also to clearly assess the regional situation and the role Armenia can play in the region. ‘’We must clarify our long-term strategic agenda in the region and with the region. This is the most important thing we have to do’’, Nikol Pashinyan said.