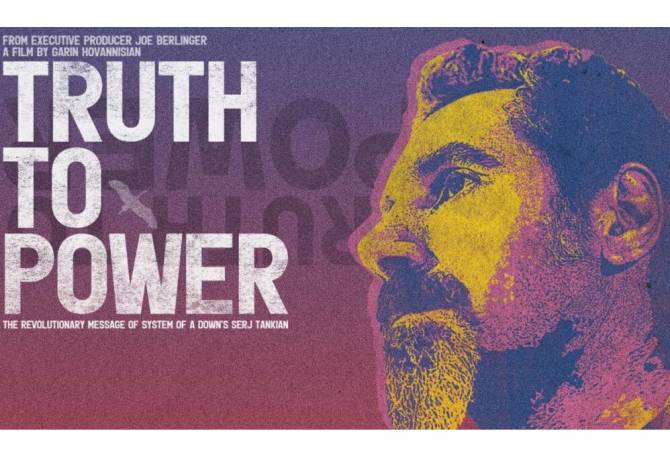 
YEREVAN, FEBRUARY 12, ARMENPRESS. The documentary Truth To Power about soloist of System of a Down Serj Tankian and the 2018 Armenian Revolution will premiere on February 19.

Before the premiere Rolling Stone has released a short clip about the film.

In the clip, Tankian visits the close-knit Armenian community (Little Armenia) hidden in the heart of Hollywood. “My own family came here to Los Angeles, migrated in 1975,” Tankian says while driving through the neighborhood. “Right in the middle of Hollywood, the Armenian community had a school, a church, different cafes, bakeries, restaurants. It was a settlement with Armenians from all over the world.”

Truth to Power, out on VOD and in theaters on February 19th, examines the singer’s role in the 2018 Armenian Revolution, as well as his history of activism.

“With exclusive interviews, adventures, and original footage personally filmed by Serj, Truth to Power allows audiences backstage access to an international rock star whose faith in music not only revolutionized heavy metal but also world events,” Oscilloscope Laboratories said of the documentary as quoted by Rolling Stone. “Throughout his life, the musician has pursued social justice, harnessing the power of his songs and celebrity for real political change. Serj’s voice is equally likely to take on American corporate greed as lambast the corrupt regime of his homeland. His decades-long campaign for formal U.S. recognition of the Armenian Genocide was finally approved by Congress last year. Governments hate him. People love him.”