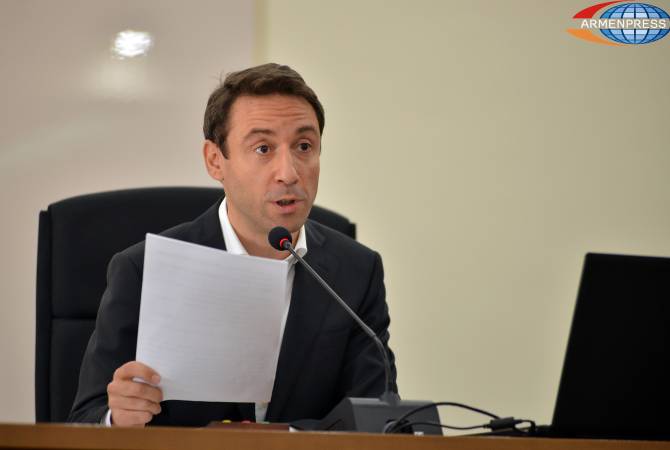 
YEREVAN, FEBRUARY 12, ARMENPRESS. Mayor of Yerevan Hayk Marutyan condemned the desecration of the Holocaust and Armenian Genocide memorial and expressed hope that law enforcement agencies will act swiftly and hold those guilty accountable.

“Today early in the morning we were notified that unknown villains desecrated the memorial to the victims of the genocides of the Armenian and Jewish peoples locate in the Yerevan Circular Park,” the Mayor said in a statement. “Such an encroachment against any memorial is an unequivocally unacceptable and condemnable act which should be ruled out from our city. Representatives of various nationalities have been living side by side in Yerevan for centuries, proudly bearing the honorable title of being a Yerevantsi together with their ethnicity, and no any motive can disrupt this solidarity. I hope that law enforcement agencies will give a swift and adequate response.”

The memorial consists of two primary pillars, with “To Live and Not Forget: To the Memory of the Victims of the Genocides of the Armenian and Jewish Peoples” written in Armenian on the right pillar and Hebrew on the left pillar.