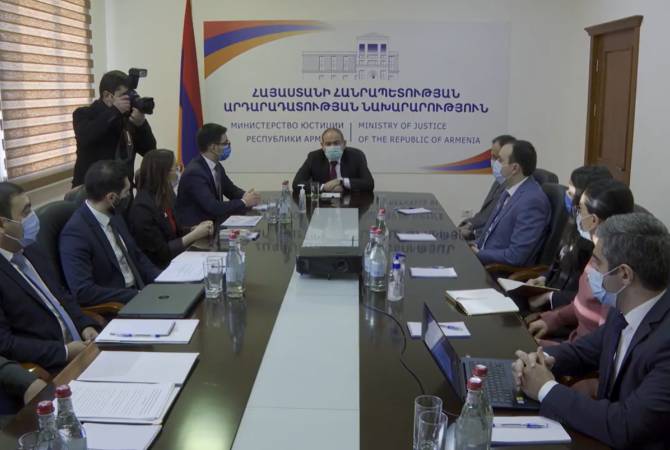 
YEREVAN, JANUARY 26, ARMENPRESS. Prime Minister of Armenia Nikol Pashinyan chaired a consultation today at the Ministry of Justice during which he emphasized that the attempts of politicizing the judiciary are unacceptable.

“The Ministry of Justice, of course, has a very broad activity framework, but usually it is first of all associated with the judicial policy and legislation, and I am happy that in the recent period we have given a great impetus to the judicial reforms. Of course, the results of these activities and reforms are not visible immediately, but I am sure that we will be able to achieve the fulfillment of the goal we have through consistent steps – that is to establish an independent and fair judiciary”, the PM said, adding that in the recent period they witnessed attempts of politicizing the judiciary, which, according to him, is impermissible and distorts the idea of judiciary and justice.

Pashinyan noted that here not only ongoing but also long-term mechanisms are needed for eradicating and not allowing in general such phenomena.