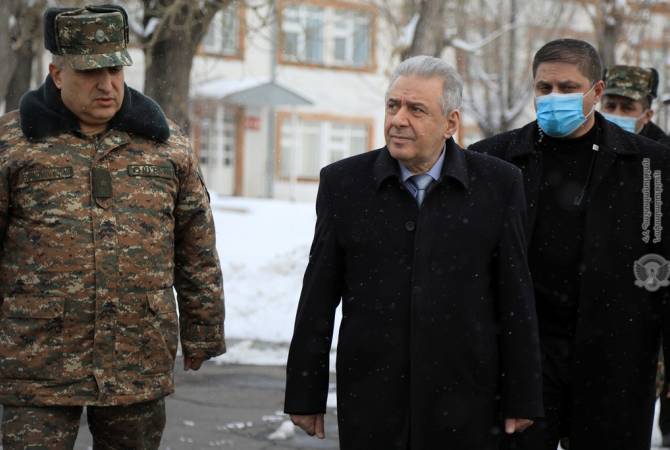 
YEREVAN, JANUARY 21, ARMENPRESS. Minister of Defense Vagharshak Harutyunyan visited an Armenian Armed Forces Special Operations Forces military base on January 20 and toured the military facility where he was briefed by the command on the service and upcoming supplementations.

The ministry of defense did not disclose which base Harutyunyan visited.

He highlighted daily training and strengthening of combat readiness of the troops, namely the special forces.

The Minister of Defense drew special attention to the higher education factor in training of commanders, prioritizing education in the best military academies.