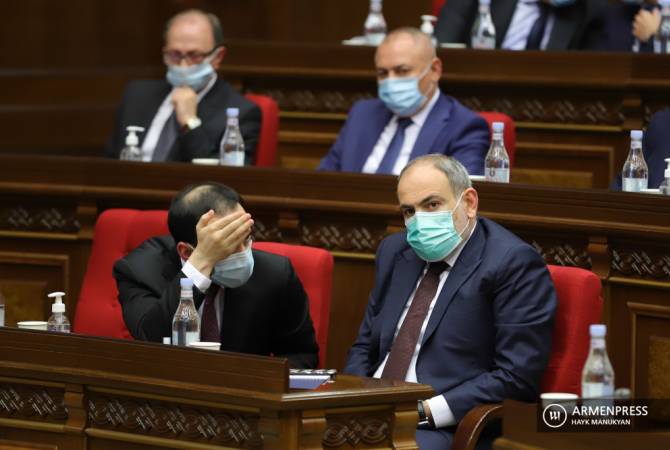 
YEREVAN, JANUARY 20, ARMENPRESS. Prime Minister of Armenia NIkol Pashinyan reassured that the future status of Karabakh should be clarified in the sidelines of the OSCE Minsk Group Co-chairs’ format, ARMENPRESS reports Pashinyan said during the parliament-Cabinet Q&A session.

‘’The clarification of the future status of Karabakh is one of the key points for negotiations and that issue should be solved in the sidelines of the OSCE Minsk Group Co-chairs’ format. I am glad for that Co-chair countries share this position’’, Pashinyan said, adding that the recent announcement of Russian Foreign Minister Sergey Lavrov was also in that context.