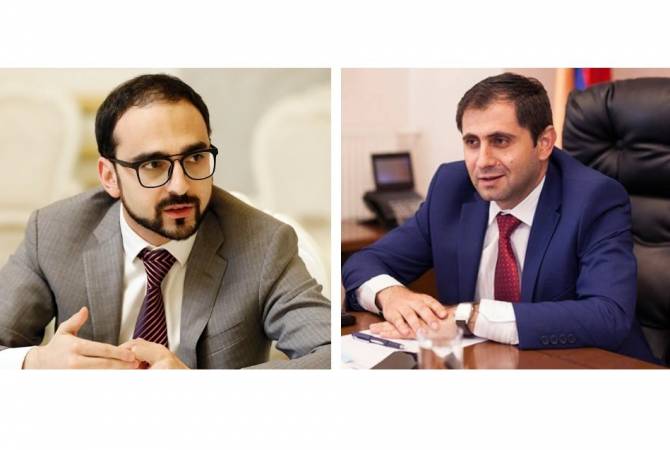 
YEREVAN, JANUARY 20, ARMENPRESS. Armenia’s Deputy Prime Minister Tigran Avinyan and Minister of Territorial Administration and Infrastructures Suren Papikyan will visit Syunik province to get acquainted with the problems which emerged after the recent war.

“Next week I, Mr. Papikyan and several deputy ministers will visit Syunik because there are issues connected with pastures, economic activity. Syunik will be under the special focus”, Avinyan said during a Q&A session in the Parliament.

He added that the government will adopt a new anti-crisis economic package probably next week, which will suppose new tools for restoring the post-war and the post-COVID-19 economy.