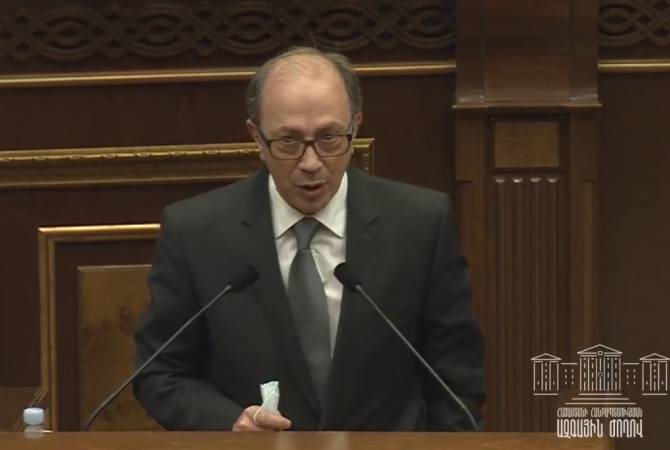 
YEREVAN, JANUARY 20, ARMENPRESS. Foreign Minister of Armenia Ara Aivazian sees need for formation of a common agenda of the Armenian side over the Nagorno Karabakh issue.

“The conflict has entered into new stage where it is necessary to form a common agenda of the Armenian sides. In this respect the recent visit to Artsakh was very important where we have discussed the necessity of forming a common agenda and coordinating our actions”, the FM said during a Q&A session in the Parliament, in response to the question of the ruling My Step faction MP Tatevik Hayrapetyan.

The minister said the contradictory statements of Azerbaijani President Ilham Aliyev are condemnable which, he added, prove that the Nagorno Karabakh conflict is not completely solved.