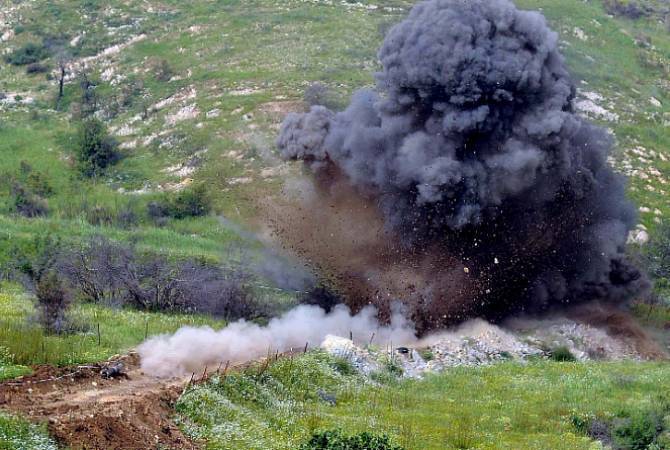 
YEREVAN, JANUARY 19, ARMENPRESS. Two Armenian rescuers suffered injuries in a landmine explosion during search operations for the bodies of the Artsakh War victims in the territory adjacent to the village of Nrnadzor of the Meghri region in the Province of Syunik.

Captain Artyom Shahnazaryan and Warrant Officer Aram Navasardyan of the Rescue Service were treated at the Meghri Medical Center and are now being transported to the Kapan city hospital, the Ministry of Emergency Situations said.