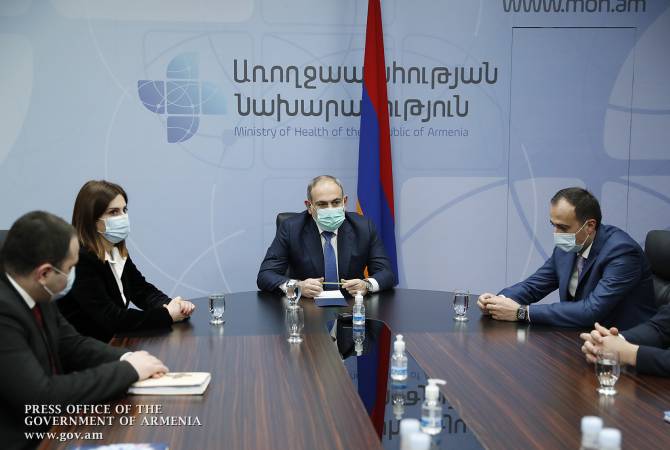 Pashinyan thanked former Minister of Healthcare Arsen Torosyan for his activities. “We should state that the ministry of health has been one of our most effective agencies during Mr. Torosyan’s tenure, and of course, in such condition, has received most of the criticism which is normal in some sense. Starting 2018 large-scale reforms have been carried out in the field. These reforms have been human-centered, in other words, the goal has been to expand the quality and framework of the healthcare services provided to the people, and we have already registered serious changes there”, the PM said.

Pashinyan said 2020 was a year of major experiments for the healthcare sector conditioned by the coronavirus pandemic and the war. He said that the government has tackled the COVID-19 with an honor and today the situation is manageable according to the international standards. Pashinyan expressed hope that the Cabinet will manage to keep this trend.

“Of course, the next biggest trial was the war and it continues to be so. Unfortunately, now we have a problem with the identification of bodies, we had some complications, but now we can praise the fact that this work has also received very acceptable course”, he added.

As for Anahit Avanesyan’s appointment as Minister of Health, Pashinyan reminded that prior to her appointment she has served as first deputy minister of health. “Not only she, but also the remaining deputy minister, who have been appointed in different times, have in fact acted as a team. The ongoing change has the following meaning that we continue to trust that team and in this case it will be headed by Mrs. Avanesyan. I wish you good luck in continuing these works. We hope the Ministry of Healthcare will continue its active operation and will not be afraid of criticism because work, normally, leads to criticism. Of course, it is necessary to be very attentive to criticism and try to take useful and rational information and recommendation”, the PM stated.