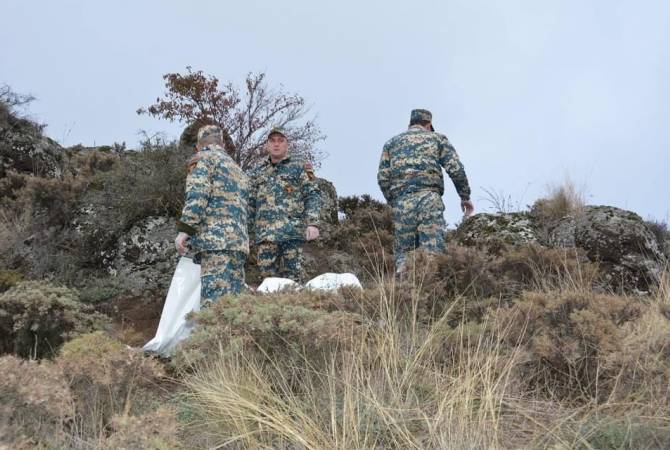 
STEPANAKERT, JANUARY 18, ARMENPRESS. 3 more bodies of fallen servicemen have been found during the search operations in the battle zones, in particular in Jabrayil and Vorotan (Kubatlu) sections, official of the State Emergency Service of Artsakh Hunan Tadevosyan told Armenpress.

“2 of the bodies were found in Jabrayil. They have not been identified, for that purpose forensic examination will be conducted. The other dead serviceman has been identified by a person who accompanied the search group.

So far, a total of 1238 bodies of fallen servicemen and civilians have been found during the search operations.

Today, the search operations are being conducted in Fizuli, Hadrut and Jabrayil directions”, he said.

11:29, 05.19.2022
2978 views U.S. recognizes role of population of Nagorno-Karabakh in deciding its future–Ambassador Tracy’s interview to ARMENPRESS