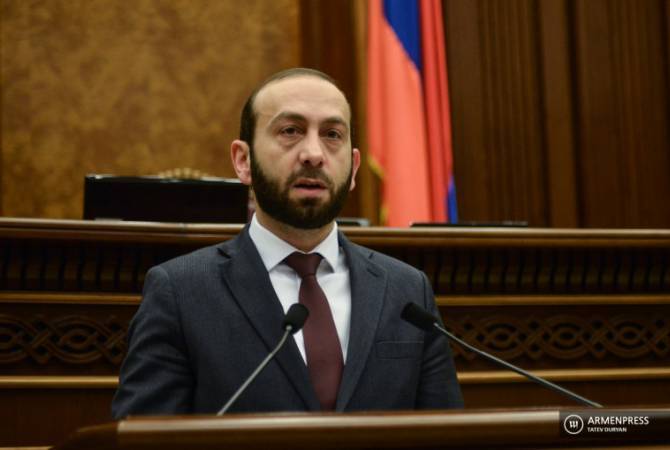 
YEREVAN, JANUARY 13, ARMENPRESS. Azerbaijan’s anti-Armenian policy, which has been reflected by the Armenian massacres in Baku, Kirovabad and Sumgait over 30 years ago, continued also during the 2nd Artsakh War, Speaker of Parliament of Armenia Ararat Mirzoyan said in a statement on the occasion of the 31st anniversary of the anti-Armenian pogroms in Baku.

“In January 1990 the Armenian population in Baku has been subjected to a systematic massacre.

The massacres in Kirovabad, Sumgait and Baku became a part of the Azerbaijani state policy of Armenophobia and ethnic cleansing. This anti-Armenian policy continued also during the 2nd Artsakh War, accompanied by numerous terrible crimes committed against the peaceful civilians of Artsakh”, Mirzoyan said.

The Speaker stated that despite the current difficult situation, Armenians around the globe are determined to continue living and creating in their homeland and stopping all attempts of committing another genocide against the Armenian people.