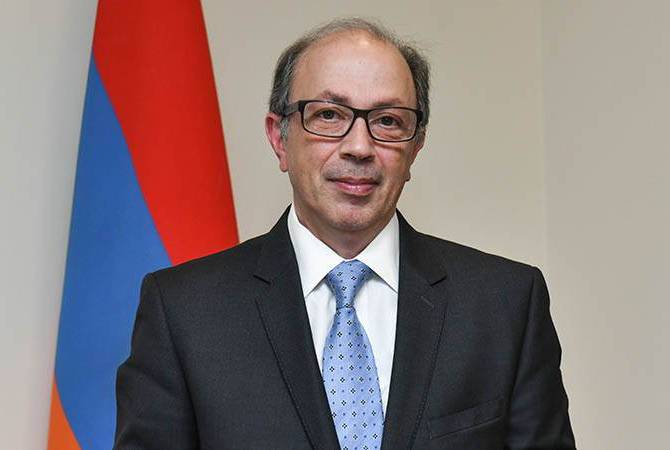 
YEREVAN, DECEMBER 4, ARMENPRESS. Foreign Minister of Armenia Ara Aivazian asks to believe in and trust the Armenian diplomacy, stating that history has examples when diplomacy has taken the country out of the hardest situation.

“The Armenian diplomacy has been and remains in the forefronts of the defense of the Homeland. Especially today we consider it our duty to do the utmost to make sense of the sacrifice of our heroes and keep their memory alive in that way. Diplomacy loves silence, therefore it will fulfill its works silently, and their results will be more telling than any comment. History has examples when diplomacy has taken the country out of the hardest situations, therefore, I ask you to believe in and trust the Armenian diplomacy”, the FM told reporters in the Parliament.

The FM stated that “Armenia’s foreign ministry is one of the pillars of our sovereignty and statehood, and being as an apolitical structure, has one lasting goal – to defend the interests of Armenia and its people via a daily work”.

“Any attempt to discredit this structure and involve it in domestic political speculations is a blow to the statehood of Armenia. Especially these days, when the whole burden and responsibility after the end of the military operations is gradually transferred to diplomacy”, Ara Aivazian said.