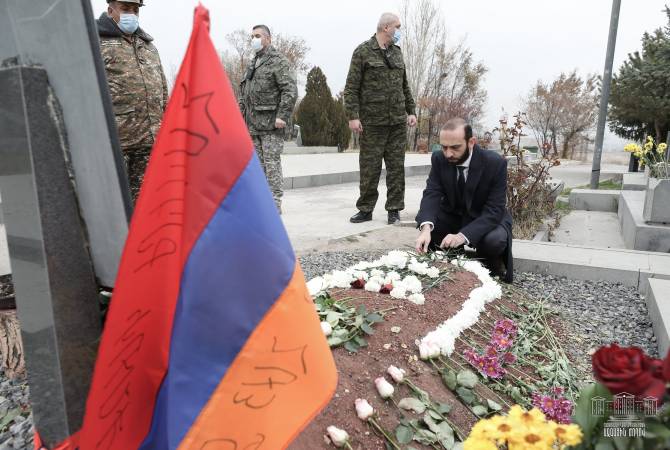 
YEREVAN, DECEMBER 4, ARMENPRESS. Speaker of Parliament of Armenia Ararat Mirzoyan visited the Yerablur Military Pantheon to pay a tribute to the memory of soldiers fallen at the recent war unleashed by Azerbaijan against Artsakh.

“Speaker of Parliament Ararat Mirzoyan paid a tribute to the memory of the heroes fallen for the defense of the Homeland in the Yerablur Military Panthon”, the Parliament said on Facebook.